Gallerist Mariane Ibrahim — ‘art has to tell a form of truth’

By Melanie Gerlis
On a mission to promote African artists, the gallerist talks about why Trump is reinforcing her determination Mariane Ibrahim at her new gallery in Chicago; on the wall behind her is ‘Follow Monica’ (2019) by Amoako Boafo © Photographed for the FT by Dave Kasnic

“It’s been a crazy year — I might need a vitamin C shot before I get to Miami!”, says gallerist Mariane Ibrahim, who — just a couple of weeks before the fair — seems to me to be in no need of a boost.

It has, however, been a particularly busy time for her. In September, she moved her eponymous seven-year-old gallery from Seattle to Chicago, a city that she feels best suits her programme of young artists from Africa and the African diaspora. In October, she exhibited for the first time at the Fiac art fair in Paris, having also had her first booth at Frieze New York in May, chalking up successful sales and critical acclaim at both events. And at the end of November, Ibrahim opened Disembodiment, a group show in collaboration with the UTA Artist Space in Beverly Hills that addresses preconceptions of the black, male body (until January 25).

Next week marks another milestone, as Ibrahim exhibits for the first time at Art Basel Miami Beach. To add to her responsibilities, the artist whose work she is bringing to the fair — Ghana-born, Vienna-based Amoako Boafo — is the talk of the town. Boafo was recently named the first artist-in-residence at the new 100,000 sq ft home of the Rubell family collection, now known as the Rubell Museum, which opens its doors in Miami’s Allapattah neighbourhood this week.

Ibrahim’s achievements are remark­able by most measures but particularly for what she describes as “people like me” — namely, a black woman who was born on an island in French Polynesia and grew up in Somalia.

Forced to leave in 1986 as the civil war was taking hold, Ibrahim’s family moved to France — and she has since lived all around the world. “Somalis are nomads,” she says. Cities including London and Paris helped inspire an interest in art, she says, but “growing up, I was not very exposed to works that I identified with.” 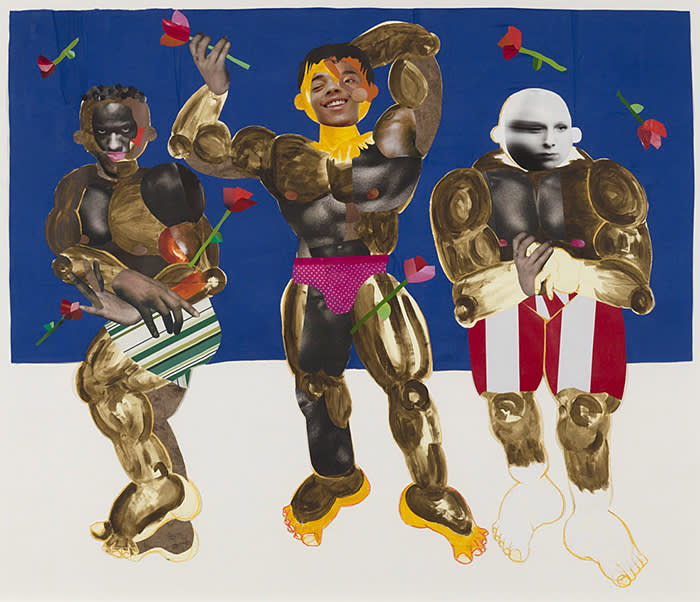 ‘The Contest’ (2019) by Clotilde Jiménez, from the UTA Art Space exhibition ‘Disembodiment’

She sought out such works wherever she travelled, and says she initially chose to live in the US because of President Barack Obama. “I wanted to be able to say that this intelligent, beautiful, black man was my president,” she says. So in 2012, she opened her gallery in Seattle, where her husband was also working.

Under President Donald Trump, the imperative to stay in the US is stronger than ever, she says. “I don’t belong to Trump’s ideology of America, but I’m not the only one, and we need to stay to make sure there is resistance. Art has to tell a form of truth.”

Someone who clearly doesn’t do things by halves, Ibrahim is bringing a show-stopping solo booth of six large-scale works by Boafo to Miami (priced between $30,000 and $45,000). Spotted early on by the acclaimed Nigerian-American artist Kehinde Wiley, and already with a waiting list of buyers, Boafo paints bold, gestural portraits (often using his fingers to sculpt his sitters’ faces) and sets them in an unexpected, classical Viennese style. 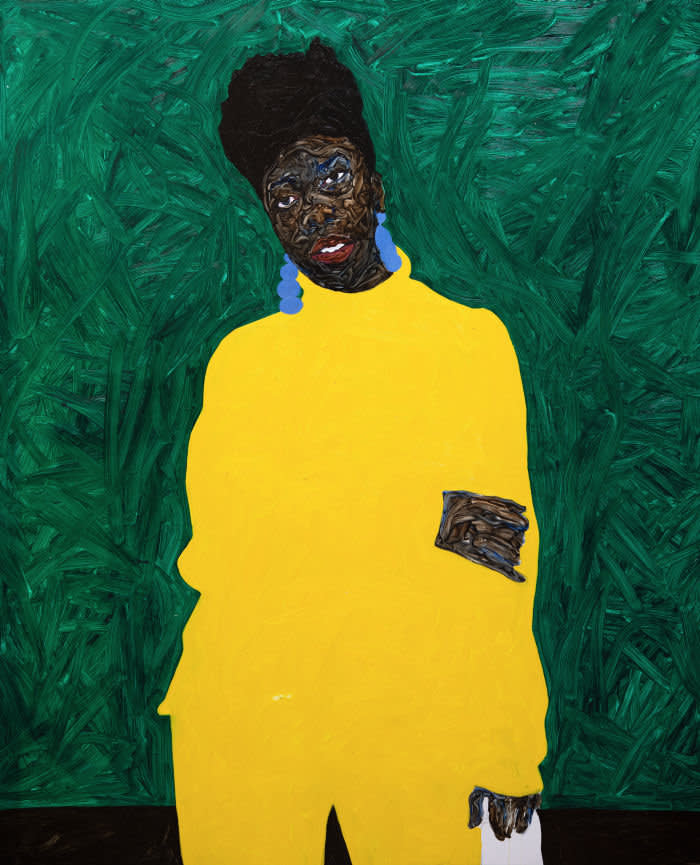 “The primary idea of my practice is representation, documenting, celebrating and showing new ways to approach blackness,” the 34-year-old artist has said. His portraits are mostly of friends, though he has also made a painting of the late artist Jean-Michel Basquiat (now in the collection of the Hessel Museum of Art at Bard College).

Mera Rubell, one half of the collecting couple who founded the Rubell Museum, says that Boafo “has such a unique style and really knows how to look at and love the people he paints.”

Ibrahim waited until the time was right to apply to Art Basel Miami Beach: “I’ve been patiently developing my programme and was overjoyed to be accepted the first time I applied.” She had a similarly patient approach to her gallery, staying in Seattle for seven years “even though there was no market”. She built up a collector base there, but craved a deeper response to her programme, so settled on Chicago.

Ibrahim describes her move to a space more than twice the size of her Seattle gallery, as “more sustainable” compared with opening in a city such as New York, which she also considered. Her husband, a businessman, has now joined as a partner in the gallery.

I don’t belong to Trump’s ideology of America, but we need to stay to make sure there is resistance “It’s been pivotal in so many ways. I feel more that I belong to a community here,” she says. She has started to align gallery events with her neighbouring gallerist, Monique Meloche. Ibrahim’s Chicago neighbour will also exhibit with her in the Nova section at Art Basel Miami Beach, showing Ebony G Patterson and Maia Cruz Palileo.

The expansion of Ibrahim’s gallery has been boosted by the wider, growing appreciation of ethnic minority artists. But she worries that too much has happened too fast: “There’s so much speculation. You don’t get an evening auction any more without an unknown black artist selling for $200,000. It’s false and dangerous.”

She believes that the bigger galleries, who are more likely to have a roulette-wheel approach to such artists, are also “very disruptive in the food chain”. The reassessment of artists of colour on the market is, she says, “overdue”, but should be approached with a longer-term horizon. “Black artists, from everywhere in the world, haven’t been properly represented for more than 2,000 years, so we can allow ourselves another 2,000.”

In the shorter term, Ibrahim looks forward to a “less stressful” time after the Miami fair. “I didn’t have a space for nine months [while moving to Chicago] and have been so busy. Now, I have a programme and know what is going to happen until the end of 2020. It’s great to have some structure,” she says, adding, “As long as there is also some flexibility.”